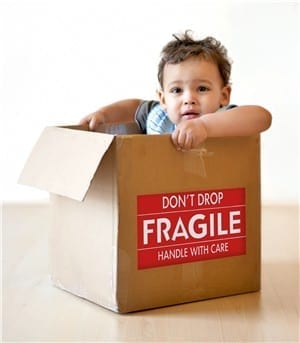 Relocation of children,  in Washington law, is controlled by RCW 26.09.405. IF THERE IS A PRIMARY RESIDENTIAL PARENT (MORE THAN55% OF THE OVERNIGHTS), then the primary residential (custodial) parent has a presumptive right to move with the children.  The non-custodial parent can object to the move. If they do, the courts use eleven different factors to decide whether or not the children get to go. RCW 26.090.520. The factors are not weighted; that is, each factor carries the same weight as the others. In relocation cases the trial court must consider each of the factors in RCW 26.09.520 and document its findings in the findings of fact or, failing that, the record must reflect that substantial evidence was entered on each factor and the court’s oral ruling must reflect that the court considered each factor. In re Marriage of Kim, 179 Wn. App. 232, 240-41 (2013). The Relocation Act applies to all children where there is an order of some kind in place.

BUT the presumption that the primary residential parent will be able to move is quite strong. I won on this, years ago, when my client wanted to move to Australia, with the children, to be with her fiancé. I won at trial, and she moved. The father appealed the case; the appellate court ruled that the father did not rebut the presumption and she got to stay in Australia, with the children. The appellate ruling (Rostrom v. Rostrom) is here. Another recent case I tried, and won, and then won the appeal, is McNaught v. McNaught.

As of July 2019, the statute has changed. The new statute is RCW 26.09.525. That change essentially means that in a 50-50 plan, including where the parties are actually following a 50/50 parenting schedule, even if the plan says otherwise, there is no presumption for the relocating parent. The court will still follow the same 11 factors that are in the Relocation Act, but it will decide whether or not to allow the relocation based on the “best interests of the child”. See RCW 26.09.520.

This change does not define the “best interest of the child”, but the effect is that in 50-50 plans, there is no presumption that the change will be allowed, or disallowed. The relocating parent is going to have to prove that the change to the child’s circumstances is in the best interest of the child. That applies to 50-50 plans, even where one parent is named as the primary residential parent. 50-50 plans do not have to be exactly 50-50; this applies if one parent at least 45% of the overnights.

The practical effect of the new statute is that it is very difficult to move the children out of the immediate area, if there is a 50-50 parenting plan. Unless there is something very unusual going on (Such as one parent simply abandoning the children), a court will most likely find it is best for the children to stay right where they are, with their friends, in the same school, with the same extended family, with the same extracurricular activities that they are used to doing, etc. The fact that it is the mom or the dad that wants to move, makes no difference. The fact that the moving parent  is getting a better job; or will have a better house; or is moving in with their girlfriend in Texas; makes little difference. That is because the courts will assume that if this is a 50/50 parenting plan, and the children are doing okay in school, then both parents are likely involved in getting the homework done, and being good role models, in making sure the kids have play dates, etc. But the end result is that most of the time a court will order that the kids stay where they are.

The process is simple, but needs to be followed correctly. If you are moving, you have to give the other side 60 days notice, if you possibly can. The notice is here. The notice does not have to be filed with the court, initially. The other side has 30 days to file an objection with the court.  The Objection is here. The court clerk sets a trial date: typically 3-4 months out. That’s because – since relocation cases affect where children go to school, where parents can work, etc. – the cases take priority. But it is very, very important to do this correctly. Failure to do it correctly, when you are trying to do a relocation in Washington,  can result in a motion to make a parent – or the children – move back from wherever they just moved to. Send the notice in a timely fashion; send it certified mail. If you are objecting, file the objection with the court on time, within 30 days – and file a motion to make the parent stay here.

What Are My Chances? My experience has taught me several things: