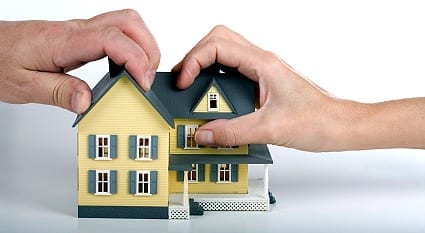 Property Division In A Divorce. One of the biggest issues in any divorce is how the court divides assets and debts.

There are several main factors: First, the court’s mission is to do what is fair to both sides. That means it has to balance several factors: how long the marriage lasted; how much community assets there are to divide; how much each party can earn going forward; and how quickly each party will recover from the divorce.

But in practice, that means a fairly narrow range of outcomes. For example, if the community estate is several million dollars, I would expect close to a 50/50 split no matter how much the husband makes. If the total estate is $100,000, and the wife is an unemployed homemaker, and the husband works for Boeing making $100,000 a year, I would expect perhaps a  60/40 split in favor of the wife. But I would not expect a 65/35 split,  except in very unusual circumstances.

Courts like to divide like assets. That is, typically it will not trade off a tax-deferred account (say, a VIP or 401K), for a house, if it does not have to,  because they are two different kinds of assets.

Courts, in a property division case, will not go back and make a spouse repay the community for decisions what now, looking back, were not good ideas. For example, Husband (George) gave his mother $10,000 to pay down her debts, 5 years earlier. Wife (Samantha) did not like it then and doesn’t like it now. The court will typically NOT go back and make George repay the community for the $10,000 gift.

Courts do NOT like to try to figure out who was responsible for financial decisions made during the marriage. That may well be a reason to get divorced; but you are not gonna get punished for it.

Cars are valued, typically, at their net Kelly Blue Book value. That is, usually we end up averaging the Kelly Blue Book trade in and private party values; and subtracting the amount of the loan, if any.  That is the net value of the car. A typical asset distribution worksheet looks like this:

George takes the house (he wanted the house); he paid Samantha $25,500 for her share of the house. Samantha takes two retirement accounts and her car. The overall division is close to 50/50.

Similarly, in a property division problem with debts, there are some rules.

Debts follow the asset. If George has a Lexus with a loan, he will take both the car and the loan.

The court will typically give the majority of the debt to the high-income earner, no matter who incurred it. (As long as it was community debt.) That’s because the courts want the debts paid; and that’s the person who can pay it. BUT that may also mean less maintenance to the other spouse, because the income won’t be there to pay her.

BUT – call me with questions.  There is no substitute for talking to an experienced attorney!