Prenuptial Agreements | Planning For The Worst 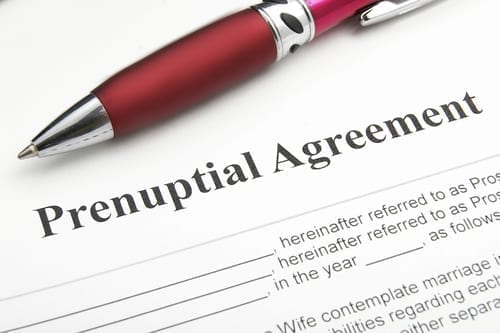 Prenuptial Agreements | Planning For The Worst

What Can’t It Do? A prenuptial agreement cannot control a parenting plan or child support. It can’t remotely control what the parties do duringthe marriage. For example, I have seen prenups which say things like, “Husband will wash dishes three times per week and take wife out to dinner at least one time per week”. Those are nice things to have  in the agreement, but they are totally unenforceable.

Similarly, agreements that say things like “Parents agree to split the children 50/50” may be useful to remind the parties what they agreed to; but in divorce the court will ignore it. (I find it still helps to get parties to agree on a parenting plan, though. It reminds the parties of what they had – even if informally – agreed to.)

So when you have a prenuptial agreement drafted, you need to consider all three of these purposes. But the main purpose is usually making it enforceable, if someone tries to take it to courtAfter having had several trials over enforcing prenuptial agreements, there are several things I have found to be true:

BUT – call me with questions.  There is no substitute for talking to an experienced attorney!