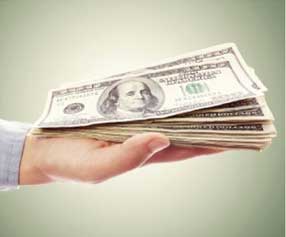 Maintenance in Washington: Are you getting spousal support? Are you fighting it? Are you entitled to it? How can you tell?

What is maintenance?  Maintenance is where the court orders one spouse (usually, though not always, the husband) to pay part of their income to the other spouse. This used to be called “alimony“. How much one spouse pays, and how long they pay it, is the key question. That varies from case to case, and judge to judge, but there are several general factors in whether you may pay it. (Or get it!)

There are several different reasons for maintenance: compensatory, rehabilitative, etc. In my experience, it doesn’t matter a lot what you call it, or how you analyze it, because there are only two rules that really count: maintenance is based on need and ability to pay; and the court has to do fairness to both sides. (See case law, below.)

Can You Get Support If You Are Just Living Together? Maintenance, in this state, is authorized by RCW26.09.090. The courts have held that you are NOT entitled to maintenance if you are not married. Living together (having a Committed Intimate Relationship) may well affect the length of maintenance; but you cannot get maintenance if you were never married.

Maintenance is not dividing assets. For example: I just finished a divorce trial where there was a fifteen year marriage. Husband (not my client) made just over $100,000 a year. The wife (my client) had not worked for most of the marriage. At the time of trial, she was working at her first full time (though contract) job, for $14.00 an hour. Result: the court awarded maintenance (in addition to child support) of $2,500 per month, for five years. The court ruled that she needed about five years to get a degree and get back in the workforce; but really that was just a basis. The real reason was that was what the court thought was fair.

However, if you were married for more than 25 years, the court must (not should, but must) place the parties on an equal financial footing for life.   Trial courts have interpreted that to mean they have to divide separate property, including inheritances, in addition to community property. If you have a marriage 25 years or longer, you need to know about the details.

The amount of maintenance is harder to figure out. The amount is based on need and ability to pay. In re Marriage of Foley, 84 Wn. App. 839, 930 P.2d 929 (1997).  There are several factors: how much income each side has; what debts each person is paying; what kind of needs each side has.  There are some rules of thumb: if a wife is making over $50,000 a year, she is unlikely to get any maintenance. Getting maintenance for a husband is an uphill fight (though not impossible; I’ve done it.)  All things being equal, a man will get less maintenance than a woman will.  But to give you a good idea, we need to talk.

Some of the case law is: